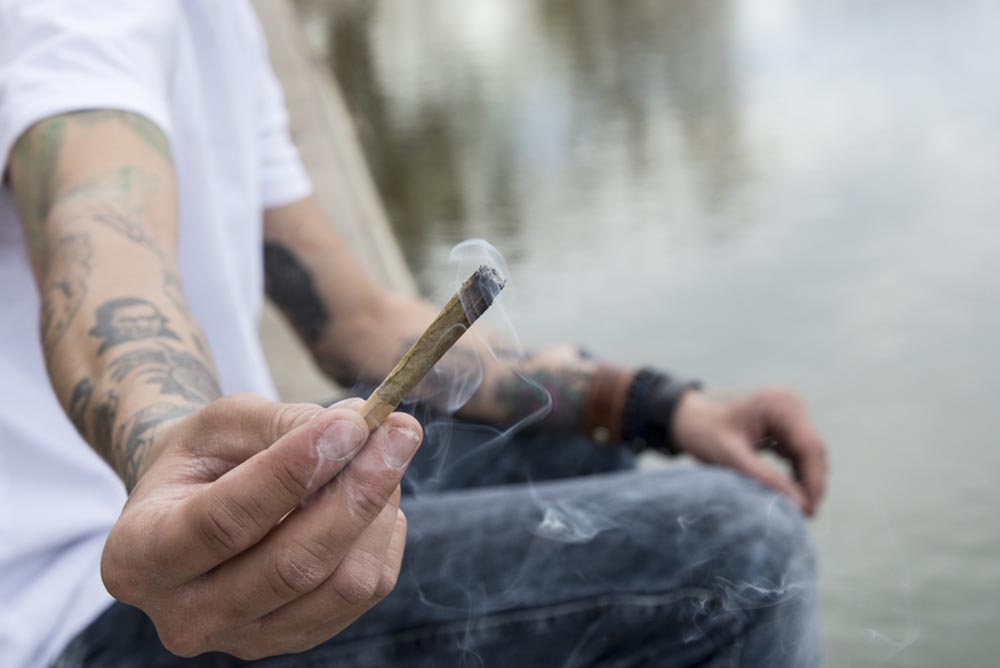 According to a study, published by JAMA Pediatrics, young school-aged children vaping marijuana has doubled in the last seven years (2013-2020) with some alarming effects. The survey, conducted in the United States and Canada, involved nearly 200,000 adolescents, who reported cannabis vaping in the last one month.

The study revealed that teens in their senior year are more likely to vape marijuana as compared to younger adolescents. One in three Grade-12 students vaped marijuana as reported in 2018.

Another study showed that teens preferred vaping marijuana extracts rather than the dried herbs to get the high they prefer from THC (tetrahydrocannabinol)—the main psychoactive compound found in weed. THC is responsible for providing the ‘high’ for which people use cannabis.

As per the National Institute on Drug Abuse, or NIDA, today’s high is much more acute than before. Marijuana strains have become more potent today than they used to be. Today’s weed strains contain 15% THC whereas in the 1990s it was merely 4%. So, it is even more dangerous for young children to use cannabis than earlier.

Moreover, using marijuana is associated with poor cognitive development in adolescents along with a high probability of dependence on the substance. It could lead to other substance abuse, many health problems, and behavioral health issues later in life.

Effects of weed on teen brains

The US Centers for Disease Control and Prevention (CDC) warns that the use of cannabis (whatever form it may be) poses a threat to adolescent brains as it acts differently.

It can have severe and permanent repercussions on teen brains. “The teen brain is actively developing and often will not be fully developed until the mid-20s,” the CDC mentioned. Using cannabis during this time can have permanent effects such as—poor coordination, impaired learning, memory, problem-solving skills, and ability to hold one’s attention.

The CDC also said that children using weed are likely to have poor performance in school and with a high probability of dropping out. Usage of cannabis is “linked to a range of mental health problems in teens such as depression or anxiety,” even psychosis, added CDC.

Teens and young adults using weed in heavy doses may suffer from mood disorders, depression, and bipolar disorder. All these are linked to self-harm, suicide attempts, and in extreme cases even death, says a study published in January 2021.

The chances of getting dependent are also very high as one in six teens using marijuana regularly gets hooked to it, says the CDC. When a person (dependent on weed) tries to relinquish the substance encounters a host of withdrawal symptoms. They feel food cravings or a lack of appetite, irritability, restlessness, and mood and sleep disorder after quitting. This is called cannabis use disorder. This is now a rising problem, especially in those who started using as teenagers.

According to NIDA, “People who begin using marijuana before the age of 18 are four to seven times more likely to develop a marijuana use disorder than adults.”

Research suggests that teens vaping weed are more likely to report problems of the chest than those who smoked cigarettes or e-cigarettes.

Experts say that smoking cigarettes and e-cigarettes are unhealthy and not good for the lungs, but vaping marijuana is even worse. There is a trend that teens who vape nicotine also vape marijuana. They urge parents to take vaping as ominous as using drugs or alcohol.

Vaping marijuana is also linked to a dangerous and newly identified lung disease called EVALI. Most of the vaping products the young people use contain THC, the harmful psychoactive compound in marijuana.

The CDC reports, 84 percent of the EVALI cases are associated with cannabis-containing products. What rings the alarm is the 68 deaths from EVALI confirmed as of February 2020, in 29 states and the District of Columbia.

The CDC believes EVALI may be caused due to addition of vitamin E acetate to vaping products— it is a sticky oil substance used to either thicken or dilute the oil in cartridges.

The American Academy of Child and Adolescent Psychiatry suggests that parents should look out for suspicious behavior in their kids that may indicate using cannabis. If a child has red eyes and is “getting the munchies”, then these are tell-tale signs of marijuana abuse. They may also show signs of irritability, moodiness, forgetfulness, and acting “silly or out of character”. Teens may also include certain words in their conversation like sparking up,” “420,” “dabbing” and “shatter”.

Parents should search for vaping paraphernalia in their kids’ rooms. The discreet packaging of vaping products makes it difficult for parents to identify them at times.

The best way to deal with any substance abuse problem is to seek early intervention. So, if you or a loved one is grappling with a substance abuse disorder, California Behavioral Healthcare can offer you the right help.

We accept Most Private Insurance

Speak with an addiction professional now!